MEGACHAT IS THE NEW SKYPE 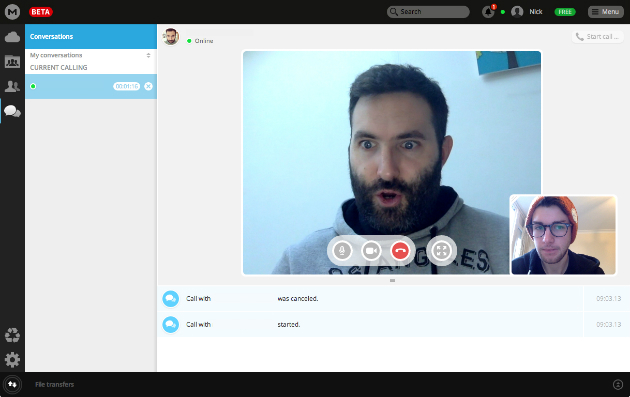 The end of last December saw a succession of news headlines from the flamboyant Kim Dotcom – starting with his heroic deal with hackers, that took down both the PlayStation Network and Xbox Live, and going as far as spreading rumors about the creation of new messengers.

And, finally, the day has arrived for the world to see the beta version of the encrypted MegaChat. Over a year developers have been working on the browser-messenger and now voice and video calls are available, which are as good as Skype. According to Mega’s creator, texting and video conferencing functions are next in line. The chat works as an embedded service, with no separate application. It offers 50 GB of storage space and 19 GB for monthly traffic. At this point, you can use the service for free if you have a Mega account. Pay rates are also provided. You’ll have to pay extra for additional space, starting from $9.99 for 1 TB and going as high as $29.99 for 8 TB, although it is a mystery how you’ll manage to use it all up.