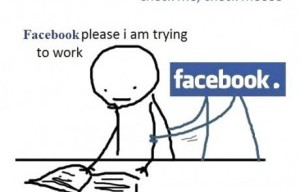 People working in teams have long since developed a tendency of replacing their awkward email
clients with faster and more functional services, like Yammer, Slack and their analogues. The other day Facebook (that’s trying to race everyone to the finish line) started testing a special messenger (or, as an option, an expansion of an existing one) under the codename Facebook at Work.

Taking into account Frost & Sullivan forecasts, which portend that the audience of corporate social platforms will grow to the level of 535 million users by 2018, we can confidently say that communication apps, designed for teamwork, will only further strengthen its positions. Slack employees are pushing forward bold and daring predictions, asserting that in some 10 years every major company will be using one of the platforms for instant messaging as an alternative to emailing.

In turn, Facebook at Work will be used for creating work accounts, without linking them to the main account records of social media. There users will be able to communicate, obviously, share media and work together on projects; i.e., possibly, a real-time document editing mode will be developed. Although it will be impossible to go fully without the usual social media features, such as likes, re-posting, following, but, unluckily, no kitties.

Monetization-wise, the issue is still an open one. Facebook’s classic sell-advertisments-here approach won’t fly in this case, which is why, most probably, the messenger is likely to follow the footsteps of his predecessors and politely request a paid subscription.