VIOLATION OF FEELINGS OF CHINESE CITIZENS 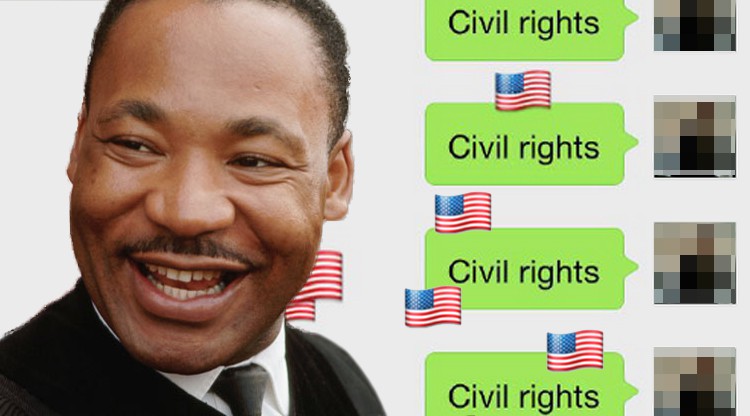 THE OTHER DAY WECHAT WAS FLOODED WITH COMPLAINTS FROM OUTRAGED CHINESE USERS:

The things is that on Martin Luther King, Jr. Day WeChat developers decided to leave an Easter egg for their users – when you type in the phrase “civil rights” an emoji of the US flag would appear.

The introduction of topical smiles is a feature of the messenger, but this time things did not go according to plan. WeChat programmers are to blame for this incident, because they didn’t bother to territorially limit their “surprise” to specific countries. In this regard, the company (together with specific employees) had to give a public apology for their negligence, while the Internet got filled up with screenshots of this epic failure.

This is the flip side of working for international companies and elementary blunders that can lead to juicy scandals.