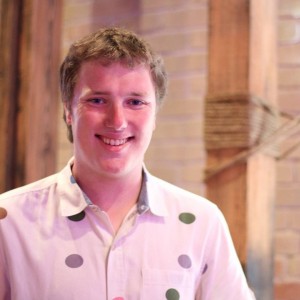 A 19-year-old US student at the University of Texas, who published a story on his blog about his attitude towards social media and messengers. The most interesting excerpts from the text are given below.

“Messaging on Facebook is also extremely popular among our age group, mainly because they provide the means to talk to those people who you weren’t really comfortable with asking for their number but comfortable enough to send them a friend request. Facebook is often the jumping-off point for many people to try to find you online, simply because everyone around us has it.”

“Snapchat is quickly becoming the most used social media network, especially with the advent of My Story — the ability to store records for 24 hours. In order to demonstrate the differences between the market leaders Watts breaks down a party for you in social media terms.

To his mind, Snapchat is a place where we can really be ourselves while being attached to our social identity. It is a somewhat intimate network of friends who you don’t care if they see you at a party having fun. On no other social network is it acceptable post an “I’m soooo bored” photo besides Snapchat. There aren’t likes you have to worry about or comments—it’s all taken away. Snapchat has a lot less social pressure attached to it compared to every other popular social media network out there. This is what makes it so addicting and liberating.”

“You download it when you go abroad, you use it there for a bit before going back to iMessage and Facebook Messenger, then you delete it. I know tons of people who use it to communicate with friends they made abroad, but I feel like Messenger is beginning to overshadow it. For international students, however, WhatsApp is a pivotal tool that I’ve heard is truly useful.”

“It’s a messaging application that is mainly used for messaging people on Twitter I guess? I don’t know anyone who uses it.”

“By far the most used group messaging application in college. Everyone has one, uses it and loves it. GIF support, the ability to “like” others messages, even trivial things such as being able to change your name between group chats all make this both a useful and enjoyable application. GroupMe also works for literally any phone or device… it is on desktop, iPhone, Android, and can work over text as well for those who may not have a smartphone.”