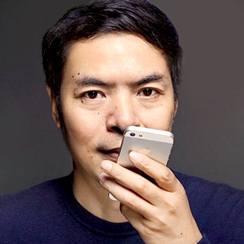 Zhang Xiaolong is the chief person behind WeChat. Any information about him is hard to find, because the huge Tencent, Inc. always steps forth.

Zhang Xiaolong got a Master’s degree at the Huazhong University of Science and Technology, a Telecommunication course, in 1994. Three years later he independently developed Foxmail – one of the most popular e-mail clients in China. In 2001, it dominance was 32.92% of the e-mail service market in the country.

Xiaolong’s talent drew attention of Boda China and they were happy to take him as Corporate Vice President. In this company Zhang Xiaolong was in charge of developing a corporate e-mail service.

In 2005, Tencent purchased Foxmail, though, most probably with an entire assignment of rights. Zhang went along with his brainchild and was given a position of General Manager for the Guangzhou R&D division. His division worked on a new QQ e-mail client, which later on became the most popular in China.

Zhang believes that in IT projects feelings of people are much more important than the technical issues.

In 2013, Zhang Xiaolong became a winner of Brand China Annual Figures Television Awards, whose main idea is to show that Chinese companies can indeed change the world. 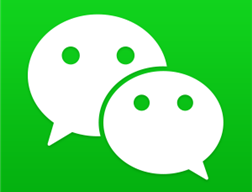 Already being a part of Tencent, Zhang Xiaolong and his R&D group designed a communication app. The head of the corporation called it Weixin, which in Chinese literarily means ‘a mini message’.

Two years later the whole China became too small as its audience, and the app changed its name in the Western manner. From that point on it was called WeChat. At the same time, Zhang Xiaolong became Senior Vice President. He was already in charge of two projects: QQ Mail and WeChat.

The application grew, its user base increased and so did the range of services. Now WeChat allows you to purchase online, call a cab, book cinema tickets, “manage” a hotel room and many other things.

In 2014, Zhang Xiaolong was appointed the President of Weixin Group and also Senior Executive Vice President of Tencent Holdings.